The Ministry of Fisheries, Animal Husbandry, and Dairying prepared The draft Prevention of Cruelty to Animal Act, (Amendment) Bill-2022.

The ministries had issued the draft Bill and sought public comments till December 7, 2022.

“The draft once finalized is expected to be introduced in the ensuing Winter Session or the Budget Session of Parliament,” said officials.

There was a news trending a week ago that Four Arrested For Killing Pregnant Dog: Will It Deter Future Crimes Against Animals?

The video got viral video of a pregnant dog being bludgeoned to death and then dragged across the field had been doing the rounds on the internet last week. The crime occurred in Delhi’s Don Bosco Technical Institute and all four perpetrators of the pregnant dog have been arrested.

Possibly, after this shocking incident The Ministry of Fisheries, Animal Husbandry, and Dairying prepared  The draft Prevention of Cruelty to Animal Act, (Amendment) Bill-2022.

several offenses have been made cognizable.

To overhaul the Prevention of Cruelty to Animal Act 1960, the Centre has proposed to introduce 61 amendments to the six-decade-old law, including the provision of three-year jail for committing “gruesome cruelty” and five-year imprisonment for killing an animal.

‘Bestiality’ is regarded as a crime under the new category of ‘gruesome cruelty’ in the latest draft and it defines gruesome cruelty as “an act that leads to extreme pain and suffering to the animals which may cause lifelong disability or death”.

“Gruesome cruelty shall be punishable offense with a minimum fine of Rs 50,000 which may be extended up to Rs 75,000 or the cost may be decided by a judicial magistrate in consultation with the jurisdictional veterinarians whichever is more or with the imprisonment of one year which may extend up to three years or with both,” reads the draft proposal.

For this, a new clause, Section 11(B) has been proposed. The draft proposes a maximum 5-year imprisonment and a fine for killing an animal.

Read More: Animal cruelty on rise but no justice for the voiceless

As well The draft also proposes the insertion of a new Section 3A, which provides ‘five freedoms’ to animals.

1) Freedom from thirst, hunger, and malnutrition

2) Freedom from discomfort due to environment;

3) Freedom from pain, injury, and diseases;

4) Freedom to express normal behavior for the species; and

5) Freedom from fear and distress.

In the case of community animals, the local government shall be responsible for their care. The draft proposals introduce the community animal as any animal born in a community for which no ownership has been claimed… excluding wild animals as defined under the Wildlife Protection Act, 1972 (53 of 1972).

Gauhati High Court said earlier that the Accused Can Claim Interim Custody Of Cattle Seized Under the Prevention Of Animal Cruelty Act.

The Gauhati High Court has reiterated that an accused person can be handed over the interim custody of cattle seized consequent to an alleged offense. 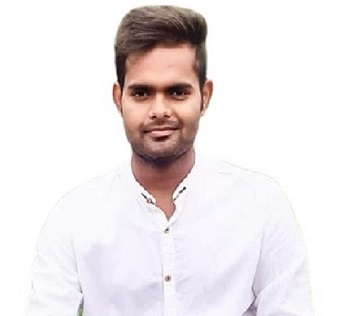 Aman Chourasia
Aman is an avid reader and loves to write as much as reads. he is the one who handles chores like a 50-year-old man. he takes a lot on his plate and manages to digest all he is an English postgraduate with proven communication and top-notch writing skills in English he has active participation on social media platforms like medium, Instagram, Miraquill, etc

More than 1 Billion young people may be at risk for hearing loss from unsafe listening.

Mumbai measles outbreak: Why children are at risk? what are symptoms, vaccination, and treatment process?