Manchester City striker Erling Haaland continued his goal-scoring form in the Nations League but it was in vain as Slovenia defeated Norway 2-1 at home. Haaland scored his 6th goal in the League at the start of the second half but Sporar and Benjamin Sesko’s late strike secured Slovenia a much-needed victory. Norway’s loss gave Serbia an opportunity to edge ahead in the group and they did so by beating Sweden 4-1.

🇸🇮 Slovenia come back from behind to win 2-1 against Norway 👏#NationsLeague pic.twitter.com/lyfTYNXfgT

Erling Haaland scored during the second half from Elyounoussi’s assist to put Norway in control after a defensive mistake from Slovenia. They kept hold of the match with more possession and shots attempted. Norway was being comfortable with a goal lead.

However, their defense started to break during the final quarter of the match. Andraz Sporar made the most out of it when he slotted in to equalize from Benjamin Sesko’s assist in the 69th minute. The goal put pressure back on Norway after a considerable period and they drifted away.

Benjamin Sesko went on to score the deciding goal in the 81st minute which earned Slovenia a victory and lifted them to 3rd place in Group H with 5 points in 5 matches. Sweden sank to the bottom of the table after a thrashing from Serbia where Aleksander Mitrovic scored a hattrick.

His goalscoring capabilities from difficult positions are evident from his exploits in the Premier League. Haaland is on course to break multiple scoring records this season if he continues to have the same conversion statistics.

Sweden will host Slovenia on Tuesday while Serbia will travel to Norway on the same day which will ultimately decide the fate of the group. Norway sits on top of the table with 10 points in 5 matches while Serbia is 2nd with the same number of points. Serbia however has a goal-difference advantage in the group. Norway defeated Serbia 1-0 in their last meeting in June 2022, where Erling Haaland scored the lone goal during the first half. 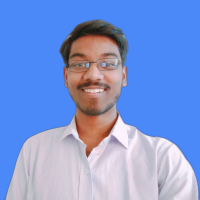 Neuralink is under a federal investigation due to its...