The friendly rivals are battling it out to win the support of more than 9,000 delegates on October 17. Sashi Tharoor and Mallikarjun Kharge are equally concerned about upholding the Congress’s beliefs and values.

Inside the congress presidential election campaign

Sashi Tharoor and Rajya Sabha MP Mallikarjun Kharge, two “friendly contenders,” are competing to win over 9,000 party delegates’ support in the October 17 election for Congress president by adopting similar tactics, although with differing degrees of success.

Tharoor’s canvasser is trying to persuade 1,200 people from Uttar Pradesh. In the last four days, he has made about 200 calls. Both candidates have instructed their supporters to make phone calls or personal visits to the delegates in their respective states. To engage with delegates and win them over, Tharoor and Kharge have personally visited several states.

Kharge, who is said to be close to Congress interim president Sonia Gandhi, visited at least eight state party offices, while Tharoor visited only four. Following the passing of Uttar Pradesh’s former chief minister, Mulayam Singh Yadav, Tharoor postponed his trip there on October 10. To spread the word about party decentralization, he has conducted interviews with the media.

Recently, he was interviewed by NDTV. The author of 23 novels took part in a film festival, three town hall meetings, a book launch, and a memorial speech at a media institute in Mumbai, which was crowded with those who could not vote in the Congress election. The three-term MP and former UN official had made calls to some powerful individuals.

Delegates attendance at a party the key decider of the Winning Candidate?

Delegate attendance at the party’s state headquarters during each candidate’s visit is now the only indicator of the winning candidate. Kharge, a nine-time MLA and three-time MP excel above Tharoor in this regard. Only a dozen out of over 700 delegates showed up in Tamil Nadu. Almost everyone stayed away during Tharoor’s visit to the Kerala office.

The Maharashtra leg was just as disappointing. “If individuals are hesitant to be seen with me and attend my meetings, I’m sorry to say it’s their loss because we might have had a good discussion as colleagues.” Mr. Tharoor said in his NDTV interview.

Kharge, on the other hand, has witnessed crowded halls while hosting twice as many meetings at state offices. The Ram Babu Sharma Sabhagaar was overflowing with over 200 of the 280 delegates present when he went to the Delhi Congress headquarters on October 9. The constant rainfall failed to depress spirits. A Congress employee at the entry kept track of arrivals by checking down the names of those who showed up on a clipboard.

Intercepts of Interview by Shashi Tharoor for presidential election

Mr. Tharoor stated in an interview with PTI that he is confident that those who anticipate an overwhelming victory for the “establishment,” as happened in the 1997 and 2000 elections, will be in for a surprise when the votes are counted.

The Thiruvananthapuram MP stated that he expects the CEA (central election authority) to publicly confirm that the vote will be conducted by a secret ballot, with sealed ballot boxes being opened in Delhi before the candidates and their representatives, and the votes being mixed before the counting begins.

When asked if there are leaders who are not publicly supporting him out of fear of upsetting senior leaders, Mr. Tharoor responded, “I certainly know that many who have not publicly supported me so far for such reasons, including not even attending some of my campaign events, have privately expressed support.”

They feel they can’t publicly contradict certain of their “netas” in the party, to whom they are obedient, who have told them to back my competitor. Many of these individuals might ultimately decide to vote for me, “added Mr. Tharoor.

Many delegates, according to the 66-year-old Congress leader, have privately expressed such sentiments, and he sees no reason why they shouldn’t be carried out, especially since the vote will be conducted in secret, with the ballots being mixed before counting begins and the sealed ballot boxes being opened in Delhi in front of the candidates and their representatives.

“I anticipate the CEA will openly explain everything in the coming days. The fact that it will be a secret ballot is crucial to calming people who still believe that their political bosses will be able to learn how they voted. Another issue is that our high command promised me there was no “official candidate” in the contest, so why should our co-workers be afraid of retaliation if they chose to support me? Mr. Tharoor stated. 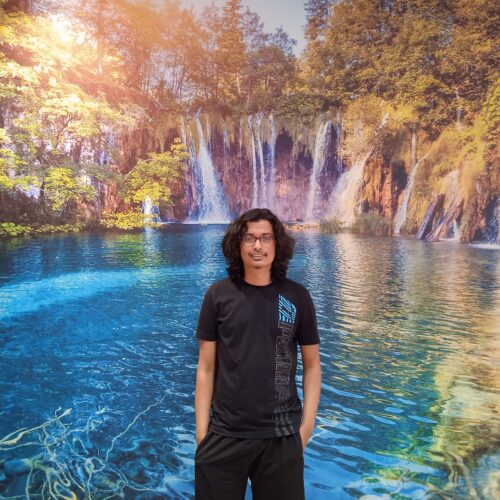 Jubin Nautiyal, a singer, was injured after falling down the stairs...

Drishyam 2 emerges as a blockbuster right now at the end...

Injured Rishabh Pant released from the Indian ODI squad ahead of the Bangladesh tour.

Secretive B-21 bomber revealed by the US

Injured Rishabh Pant released from the Indian ODI squad ahead of the Bangladesh tour.

After consulting with the BCCI medical staff, Pant was...

The Pakistani embassy in Afghanistan was shot at last...