The first private rocket in India, Vikram-S, takes off from the ISRO spaceport

Skyroot Aerospace, an Indian startup aerospace company, is developing the Vikram family of small-lift launch vehicles. Prior to a full orbital launch, a suborbital flight of a rocket designated “Vikram-S” is scheduled for November 2022 under the mission Prarambh. Vikram-S, India’s first privately developed rocket, successfully lifted off from the Sriharikota spaceport today, marking the private sector’s first foray into the country’s space industry, which has been dominated by ISRO for decades.

“India, congratulations! It’s the start of a new day. Skyroot co-founders’ dream has come true thanks to Prime Minister Narendra Modi. The rise of India over the next 25 years has begun “Union Minister Jitendra Singh, who was present at the historic launch, stated afterward. The rocket carried three payloads developed by N Space Tech India in Andhra Pradesh, Space Kids in Chennai, and Armenian BazoomQ Space Research Lab.

Vikram-S was developed in two years by a 200 engineering team and is powered by solid-fuelled propulsion, cutting-edge avionics, and a carbon fiber core structure. According to Skyroot Aerospace, the rocket launch will help test and validate the majority of the technologies in the Vikram series of orbital class space launch vehicles, including many sub-systems and technologies that will be tested during the pre-lift-off and post-lift-off phases of the launch. Vikram-S is one of the most affordable rockets in its category, with a body mass of 545 kg, a length of 6m, and a diameter of 0.375 meters.

According to Dr. Pawan Goenka, Chairman of IN-SPACe, at least 150 start-ups have expressed interest in the space sector. The mission on Friday is considered a significant milestone for Skyroot Aerospace because it will help test and validate the majority of the technologies in the Vikram series of orbital class space launch vehicles, including many sub-systems and technologies that will be tested before and after the launch. Students from India, the United States, Singapore, and Indonesia collaborated to develop ‘Fun-Sat,’ a 2.5 kg payload owned by Chennai-based aerospace startup Spacekidz.

“I hope the Vikram-S rocket heralds a new era in India’s private space domain.” “The seamless collaboration of various ISRO centers, including SDSC SHAR, ISTRAC, and VSSC, as well as the Skyroot team and IN-SPACe, has allowed the Skyroot VKS rocket to be launch-ready in a short period of time,” Mr. Goenka said.

(With assistance from PTI) 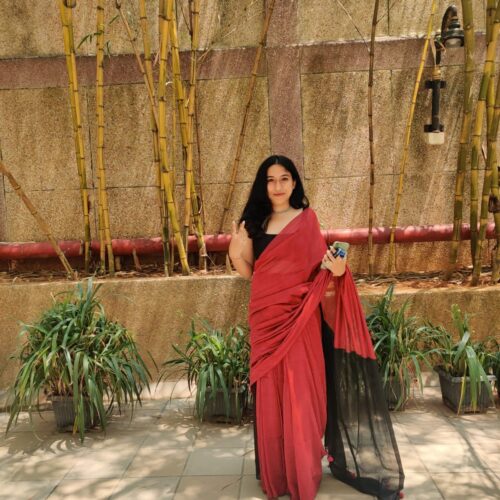