Jama Masjid prohibits the entry of unaccompanied and solitary women

Jama Masjid, the iconic site of Delhi comes up with a notice outside its main gates, restricting the entry of girls and women coming in solitary or in groups.

The administration of Jama Masjid bans the entry of unaccompanied females to the monument. This has led to widespread outrage. Amidst the opposition, the mosque Shahi Imam stepped in to clarify that the order was not applicable to those females who came in to offer prayers.

As per the Press Trust of India, the notice did not have a date and was seen a few days ago outside the three main entrances to the mosque.

The notice read as ‘Jama Masjid mein ladki ya ladkiyon ka akela dakhla mana hai’ meaning that the entry of woman or women (girl or girls) is prohibited in Jama Masjid .

According to the Shahi Imam, Syed Ahmed Bukhari, the decision had been taken after some incidents were earlier reported on the premises of the heritage mosque.

In his conversation with the Press Trust of India, Imam Bukhari said that Jama Masjid was a place of worship and girls or women coming alone and waiting for their dates was not what the place was meant for.

Jama Masjid bans entry of unaccompanied women. However, he said that this was not the purpose of the place and hence the current restriction.

Any such place be it a mosque, temple or gurudwara is a place of worship and nobody could be prohibited from coming for that very purpose. He added that a group of 20-25 girls visited the mosque to offer prayer and they were allowed to enter .

Swati Maliwal, Delhi Commission for Women (DCW), Chief termed it as sheer violation of women’s right and issued a notice regarding the same.

She called the ban on the entry of women completely wrong and a violation of their rights . She added that just like a man has the right to pray, women also have the same rights and issued a notice to the Imam. The PRO of the mosque, Sabiullah Khan came into the defense of the decision by saying that women coming alone leads to improper acts at the religious place, and thus the band serves to stop such incidents.

No such restriction has been imposed on families and married couples. The mosque should not be a meeting point because of its religious nature.

The general secretary of RWA Jama Masjid said that it wasn’t against any one gender rather the decision was to restrain boys and girls who come to religious places like Jama Masjid, sit alone and do wrong things and make video reels .

The place should not be taken as a park or spot to shoot TikTok videos . It cannot be a meeting point because it’s not right be it a mosque, Temple or Gurudwara . The NCW took suo moto cognizance of the matter and is deciding the plan of action.

The issue also received a lot of backlash from women rights activists, who say that this decision has taken women centuries behind.

Ranjana Kumari said that it was completely unacceptable in a democratic country like ours.

Yogita Bhayana, another woman activist, said that the decision has taken women hundreds of years back and it isn’t only regressive but also is a reflection of the kind of mindset the religious groups have about women . The monument is the 17th century, Mughal era heritage that attracts thousands of devotees as well as tourists from across the globe. 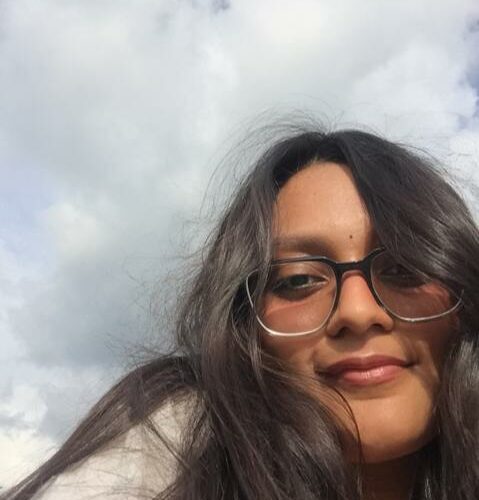 Smriti Jha
Currently a research student at Cluster Innovation Centre, University of Delhi with Psychology as major. Hobbies include readings on geopolitics, gender rights, philosophy and other social causes. Has taken up creative writing as more of an interest. Presently into exploring fintech as a career option.