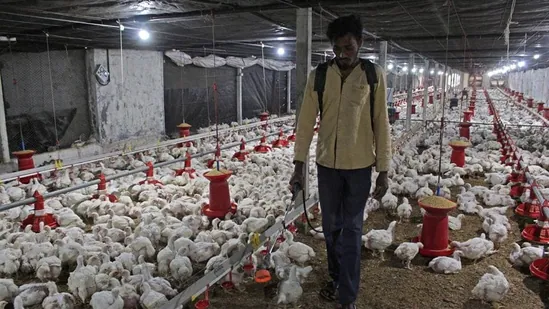 The AHD officials said, “ The Centre hasn’t notified the latest outbreak of H5N1. Once the notification is issued, immediate response teams of the AHD will cull around 14,100 ducks belonging to three farmers within a one-km radius of the hotspot. The bird culling operation is likely to happen on Monday. Domesticated birds in the area will be destroyed as well.”

The samples of the dead duck from Ambalapuzha North was sent to the National Institute of High-Security Animal Diseases (NIHSAD), Bhopal, for analysis, which returned with the positive test results for avian influenza. In the wake of the outbreak, District Collector V.R Krishna Teja has issued an order banning the movement and sale of birds, their egg, and waste (manure) in Ambalapuzha North, Ambalapuzha South, Champakulam, Karuvarra, Nedumudi, Punnapra North, Punnapra South, Prakkad and Thakazhi grama panchayats.

Avian Influenza which primarily infects birds can also infect humans often through contact with sick birds whether dead or alive. It can also transmit from person to person. Birds often die after getting infected with the virus. Therefore to control the spread, entire flocks, where numbers can go to millions at a chicken farm, are usually culled after one of them tests positive.

The outbreak in other countries

In Denver on the 7th of December, millions of birds were killed in the States attributing to the deadliest outbreak in history, which in turn prompted poultry and egg prices to soar. The No.1 egg producer in the States, the Iowa Department of Agriculture announced on Tuesday that 140,000 birds were to be disposed of as a result of the outbreak.

According to one of the CDC reports, as of Tuesday about 53 million wild aquatic birds, commercial poultry, and backyard or hobbyist flocks have been killed because of viruses, making them worse than the outbreaks in 2014-15.

The disease was confirmed at two sites in Hampshire, near Highclere And also at Marwell Zoo, near Colden Common where penguins died after testing positive.

Fortunately, only one case of human infection has been reported in the U.S. by bird flu this year. CDC says that the patient was a poultry farm worker in Colorado, who was treated with antivirals on an outpatient basis and only suffered from fatigue.

Earlier this year in the summers, Scotland suffered a similar outbreak which then spread to the Atlantic into eastern Canada, through the U.S., and most recently, into South America and now in South India. Scientists are worried if this is the new norm. The natural habitat of the influenza A strain (which causes bird flu) – traditionally mild, is within the digestive system of seabirds and waterfowls, but somehow it is now killing them. It has also survived through the summers, a season that is usually free from the virus in the northern hemisphere. Scientists at the University of Edinburgh suggested that the virus has evolved to be more environmentally stable which would explain the increasing rate of outbreaks.