‘Mahakal Lok’ project phase 1 was inaugurated by Prime Minister Narendra Modi on Tuesday evening. The estimated cost of this Project is Rs. 850 crores.

On Tuesday evening, PM Modi performed pooja at Lord Mahakal temple in Ujjain and inaugurated the first phase of the ‘Shri Mahakal Lok’ corridor to the nation. PM Modi was wearing a traditional dhoti and gamcha. He entered the Sanctorum of Lord Mahakal temple around 6 PM. Madhya Pradesh chief minister Shivraj Singh Chouhan and Union minister Jyotiraditya Scindia were also there.

Earlier, he was received at Indore airport from Ahmedabad by Madhya Pradesh home minister Narottam Mishra, water resources minister Tulsi Silawat, former Lok Sabha speaker Sumitra Mahajan and BJP national general secretary Kailash Vijaywargiya. Later on, he used a chopper to go to Ujjain from Indore where he was welcomed by governor Mangu Bhai Patel. This project includes the expansion of the temple nearly seven times. Its estimated cost for this project is Rs 850 crore.

PM Modi also inaugurated the ‘Shivling’ Made of red threads which are placed below the grand gateway- Nandi Dwar of Mahakal Lok. He used a remote-control button from a short distance from the gateway to unveil the ‘Shivling’. This has been done with Amid Vedic chants.

Before the inauguration of ‘Mahakal Lok’, PM Modi performed a pooja at the ancient Mahakaleshwar Temple. Then, PM Modi walked through the Nandi Dwar with Madhya Pradesh Governor Mangubhai C Patel and Chief Minister Shivraj Singh Chouhan in tight security.

On this occasion, a Sanskrit and Hindi-bearing plaque was unveiled. Later on, PM Modi walked inside the premises of ‘Mahakal Lok’ to have a look at the structures, and artwork of ‘Mahakal Lok’. While some artists carried out their performances in separate groups.

Spirituality is present in every particle and there is divine energy that is being transmitted everywhere in Ujjain.  Ujjain has led India’s prosperity, knowledge, dignity, and literature for thousands of years, PM Modi said during the event.

During the event, PM Modi said that it was the first time after Independence that roads were so developed. Also, work on the Char Dham project is also going on at a rapid pace to connect all four Dhams through the ‘All-weather highway development project’. During the #AzadiKaAmritKaal, we have broken the shackles of colonialism. Cultural sites are being developed rapidly across India for the first time, Char Dham is being connected to the All-Weather Road, he added.

From this first Phase of the Mahakaleshwar Temple corridor development project, it is expected that it will significantly boost tourism in Madhya Pradesh.

This corridor is 900 m in length, and it has 108 ornate sandstone columns in a row with a design of ‘Trishul’ on the top and ‘mudras’ of Lord Shiva. Additionally, it has gushing fountains surrounded by inventive sculptures of the deity and 53 illuminated murals depicting stories from the Shiv Puran.

and also, the visitors will be provided with world-class modern facilities by the temple.

The aim of this project is to rebuild the entire area with a new theory of conservation and restoration of heritage structures. Under this project, the temple will be expanded seven times and its estimated cost is Rs. 850 crores. 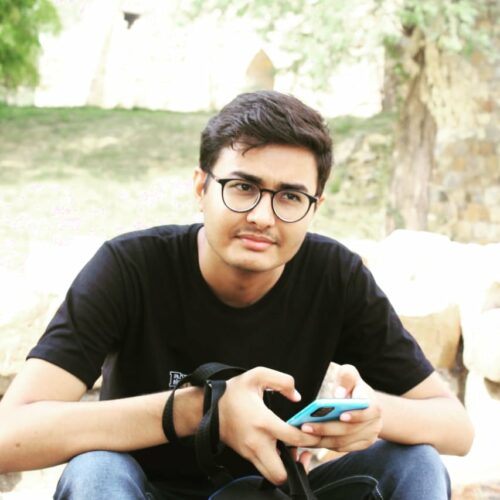 Naveen
Hey, I'm Naveen currently working as a Journalism Intern at Asiana Times. My interest is in writing news articles, I also like designing.

Assam: Headmaster is suspended as he brings Dao into School

Korean Vlogger harassed by Mobeen Chand and Mohammad Naqeeb in Mumbai during a live stream, both arrested